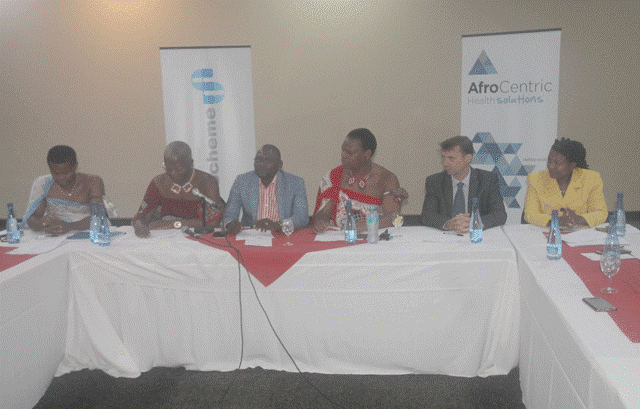 The share acquisition was announced by Medscheme Eswatini Chairman Prince David during a share certificate signing ceremony between the two entities on Friday at Happy Valley Hotel. The chairman said Medscheme’s ultimate shareholder, Afrocentric Investment Corporation, mandated them to sell up to 49 per cent of Medscheme Eswatini’s shares to local partners as part of the turnaround strategy for the business. “Parallel to obtaining the licence and introducing our product, we have been engaged in negotiations with a number of potential investors with regards to shareholding in Medscheme Eswatini,” he said.

The prince commented that ENPF had performed very well since its inception, further expressing confidence that the partnership would be of great benefit to the health sector in Eswatini. He also said they were happy that the Financial Services Regulatory Authority (FSRA) had granted Medscheme a licence to operate within the kingdom.

He lauded FSRA for guiding the industry towards operating at high business and ethical levels by fostering healthy competition amongst players. The Medscheme licence was granted in December 2017.

“I would like to also thank Afrocentric and Medscheme Holdings for their desire to remain invested in the kingdom, thus contributing positively to the economy of the country through job creation, skills transfer and providing an investment opportunity for local investors like ENPF,” said the chairman.